Coalition of Civil Society Groups in Nigeria on Leadership and Good Governance has presented an Award of Excellence/Pillar of Democracy to the Speaker of Abia State House of Assembly, Rt Hon Chinedum Enyinnaya Orji in his office at the Assembly Complex in Umuahia on Monday, December 21, 2020.

In his address, leader of the Coalition, Amb. Samuel Mkpokpo, said the reason they have chosen Rt Hon Chinedum Enyinnaya Orji who they described as “the most experienced Lawmaker in the history of Abia State”, for the award is the result of their “independent project inspection of the stewardship” of the Speaker.

Commending Rt Hon. Chinedum Enyinnaya Orji for embarking on the numerous mentioned projects and more, the Coalition said, “In a clime where legislators are mostly accused of doing little or nothing to lift the standard of living of their constituents, Rt Hon. Chinedum Enyinnaya Orji has proved to be a shiny exception as he has taken great responsibilities upon himself beyond just being a legislator to making visible and verifiable impact on the people of his constituency through his Direct Touch Initiative…”

The Coalition further extolled the Speaker’s “humility and ability to work with Colleagues and other political actors in the Executive”.

Responding, Rt Hon Chinedum Enyinnaya Orji, thanked the Coalition for finding him worthy of the Award and stating that his mission to touch lives is not stemmed from a desire to be recognised or given awards but to truly help the people by alleviating whatever challenges they may be encountering in life. “To me, that is the essence of life, it is the responsibility of leadership, and I shall not relent in doing more”, the Speaker assured.

On the peaceful operations of the Legislature and the harmonious relationship among the Members leading to a stable House, Rt Hon. Chinedum Enyinnaya Orji, attributed it to the cooperation and support which his Colleagues have given to him saying, “honestly, I am humbled by it and I will continue to do my best to retain such confidence reposed in me by them and their respective constituents”, he concluded. 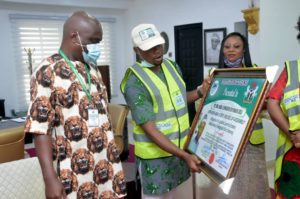 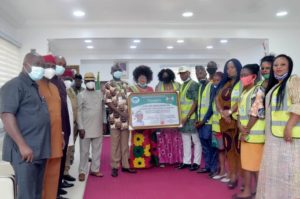 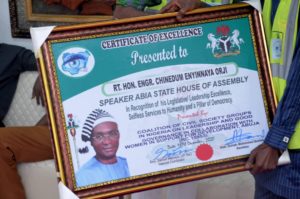 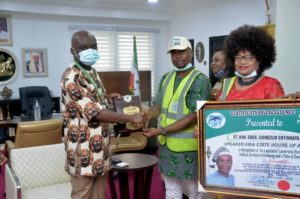 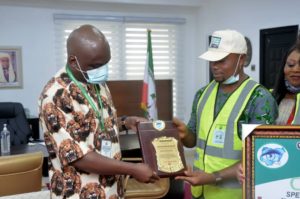