Lagos state has continued to top the chart of renewed coronavirus infections amid concerns over a second wave of the pandemic in the country.

As of Friday, the state had 388 fresh infections out of the total 712 cases confirmed by the Nigeria Centre for Disease Control (NCDC)

But that was barely taken into consideration when people gathered on Saturday for a cookout organised by Rocky’s Grills and Barbeque, a Lagos-based company, which specialises in outdoor catering services. 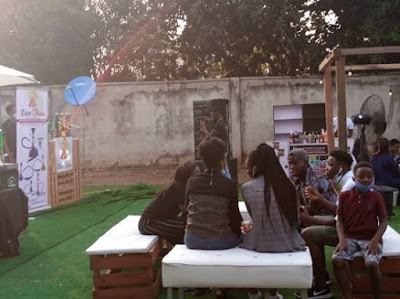 Cookout refers to a party or gathering where a meal is cooked and eaten outdoors.

According to an official of the company, the annual event, which is the second of its kind, was organised by the organisation to celebrate consumers during the outgoing year.

He added that the cookout is also aimed at commemorating when the company was founded.

This year’s edition of the event is holding despite directive of the government banning “concerts, carnivals and street parties.

Babajide Sanwo-Olu, governor of Lagos, also warned churches against organising cross over service, an annual programme, in order to check the spread of COVID-19. 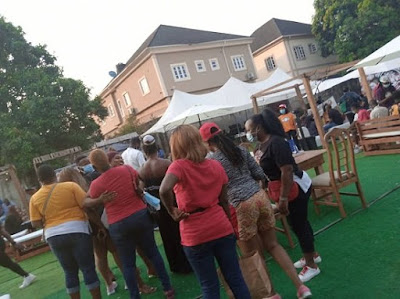 But on Saturday, residents clad in different attires, seated in groups, danced, chatted amid intermittent hugs and handshakes in violation of COVID-19 protocols.

Four officials at the entrance ensured that people were putting on face masks. They also gave out hand sanitisers while also using infrared thermometer to check the body temperature of those entering the venue.

However, that seemed to be mere formalities observed by people just to get into the event venue as some of the participants yanked off their face masks after gaining entry into the venue while others wore the protective gear below their chins.

‘ENDORSED BY THE GOVERNMENT’

The event had in attendance operatives of the Lagos state police command. But the presence of the policemen, who were from Isheri division, did little to ensure compliance with COVID-19 among the participants. 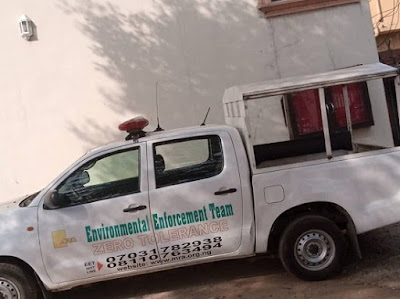 The event was approved by the state government.

In a statement, the publicity/social unit of Magodo Residents’ Association (MRA), said the event had the backing of government.

“Dear residents, compliments of the season to you all once again. This is to inform everyone one that a Lagos state approved event will be holding today 26th December 2020 on MRA secretariat grounds on Abdul Quadri Street,” the statement, read.

“We advise that Residents should kindly use alternative routes in the estate please to avoid traffic on the corridor. Apologies for any inconveniences. Thank you.”

Efforts to get Olumuyiwa Rocky, said to be the company’s founder, to comment on the matter did not yield result as of the time of filing this report.

When contacted on Saturday, Rocky said he could not speak “at the moment” and asked our correspondent to call back.

Gboyega Akosile, spokesman of the governor of Lagos, did not respond to inquiry on the event.