Prior to the beginning of 2020, expectations were high on what the year would offer. The Vision 2020 agenda set by various countries, including Nigeria, came with numerous positive projections, but no one could have predicted the shocking deaths that would occur in the year.

Although death remains inevitable, the degree of lives lost in 2020 hit with a difference. Aside from the coronavirus pandemic which has led to the death of more than 1,200 Nigerians within 10 months, the outgoing year drew the curtains unexpectedly on many lives across politics, business, health, security, education, media and other sectors.

ABIOLA AJIMOBI: FORMER OYO GOVERNOR WHO WANTED TO DIE AT 70

The death of Abiola Ajimobi, former governor of Oyo state, was welcomed with surprise and shock. The 70-year-old died on June 25 of multiple organ failure, following complications from COVID-19 at First Cardiologist Consultants in Lagos.

Until his death, he was the deputy-national chairman (south) of the All Progressives Congress (APC). The late governor was caught by the cold hands of death when a new chapter was just about to open for him within his party.

He was buried according to Islamic rites at his residence on 6th Avenue, Yemoja street, Oluyole estate, Ibadan with only a few members of his family in attendance.

One of the shocking deaths of 2020 was that of Abba Kyari, chief of staff to President Muhammadu Buhari.

The late chief of staff had tested positive for COVID-19 after a trip to Germany where he attended a meeting with officials of Siemens to discuss issues relating to Nigeria’s power sector.

Kyari died of COVID-19 complications on April 17. His death came a few weeks after he expressed optimism “to be back at my desk very soon”, but the hope of the 67-year-old was unexpectedly terminated.

After Kyari died, several tributes poured in for him. While The Economist of London said the late chief of staff tried to clean up the country, the Financial Times said he was on the verge of leading an oil reform.

He was buried at Gudu cemetery according to Islamic rites. In his tribute, Buhari described Kyari as “the very best of us” and “my dearest friend”.

The death of Ibidun, a former beauty queen and wife of Ituah Ighodalo, senior pastor of Trinity House Church, Lagos, came with a huge shock.

On June 14, Ibidun died of a heart attack while in Port Harcourt, Rivers state capital, and tributes poured in from far and near in her honour.

The development came weeks before the celebration of her 40th birthday scheduled for July 19. The former Miss Lux died was said to have visited Bayelsa and Rivers states to help with the building of isolation centres for COVID-19 patients.

The late beauty queen was the founder of the Ibidunni Ighodalo Foundation, a non-profit organisation created to raise awareness on infertility issues. The foundation also provides grants for couples that require fertility treatments such as in vitro fertilisation (IVF) and intrauterine insemination.

President Muhammadu Buhari was probably yet to recover from the loss of Abba Kyari when the news of Isa Funtua’s death hit him.

Funtua, who died on July 20, was another strong member of Buhari’s inner circle who had described himself as “the cabal”.

He was the founding managing director of Democrat Newspaper, and former president of the Newspaper Proprietors Association of Nigeria (NPAN). He was also a life patron of NPAN and chairman of Bulet Construction Company.

Like Buhari, he hailed from Katsina state, while one of his sons is married to one of the president’s daughters.

Just three hours before he reportedly died of cardiac arrest,he had spoken on the phone with Ben Murray-Bruce, a former senator, who said the late media colossus promised to call again the next day.

While condoling with his family, Buhari said his late friend’s death “created a huge gap as malam Funtua consistently stood by him in his political journey”.

He was buried at the Gudu cemetery, Abuja, after funeral prayers at the Shehu Shagari Central Mosque Area 1, Garki Abuja.

Arotile died after she sustained head injuries when she was knocked down by a car driven by Nehemiah Adejo, her old classmate, at the Nigerian air force base in Kaduna.

Her death came eight months after she was decorated by Sadique Abubakar, chief of air staff.

Arotile, who graduated as the best flight student of her set in 2017, was said to have lived a “short but impactful life”.

After her death, Nigerians took to social media to mourn the late combat helicopter pilot, who they described as a shining star.

Even in the last month of the year, 2020 showed it wasn’t ready to go down without cutting more people in their prime. Samuel Ndanusa Isaiah, popularly known as Sam Nda-Isaiah, chairman of Leadership Newspapers Group, was one of those 2020 took away at the dying moments.

The graduate of pharmacy died “after a brief illness” on December 12.

He was said to have attended the inaugural meeting of the board of economists of the National Economy — another of his publications — the day before his death.

“Opening the ceremony, the publisher of National Economy, who doubles as the publisher of Leadership Group, Mr. Sam Nda-Isaiah, said the inspiration of setting up the paper is hinged on getting Nigeria out of a well-defined economic quagmire. He described Nigeria’s lot as standing in front of a moving train, warning that something must be done fast to avert a disaster,” a report on the meeting reads. 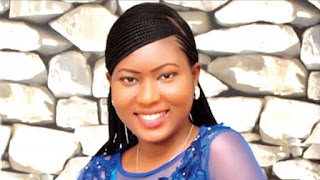 Vera Uwaila Omozuwa, a 100-level microbiology student of the University of Benin (UNIBEN) in Edo, died after she was raped inside a churchin the state on May 27.

The incident happened inside a parish of the Redeemed Christian Church of God (RCCG) near Ikpoba Hill in Benin.

Omozuwa was said to have gone into the place of worship to read in preparation for resumption of school after spending months at home due to the coronavirus pandemic. While reading in the church, she was said to have been attacked and raped, after which her head was smashed with a fire extinguisher which left her unconscious.

It was reported that the student was rushed to an intensive care unit of a hospital where she eventually breathed her last.

The student’s death came weeks after Jennifer, an 18-year-old girl, was allegedly gang-raped by five boys reported to be her friends in Kaduna state. The incidents led to widespread campaign against rape on social media.

Buruji Kashamu, a former senator from Ogun state, was one of the casualties of the coronavirus pandemic.

The ex-senator died of complications from COVID-19 at First Cardiologist Consultants in Lagos, on August 8. He died at age 62 after representing Ogun east in the eighth senate.

Bola Tinubu, former governor of Lagos, described Kashamu as“a notable leader in the country and a true grassroots politician”. He said the deceased worked actively to advance the political and economic fortunes of Ogun state, adding that he admired Kashamu’s doggedness even though they were never in the same political party.

The people of Aiyetoro-Gbede community in Kogi state were unprepared to receive the news of John Olu Irefin’s death.

Before his death, Irefin, who hails from the community, was a major-general and general officer commanding (GOC), six division, Port Harcourt, Rivers state. He was GOC 81 Division in Lagos before his posting to Port Harcourt in July 2020.

The army authorities said the late major general died of complications from COVID-19 on December 10. The GOC was attending the annual chief of army staff conference in Abuja before he took ill and died.

Although Irefin’s kinsmen claimed they suspected foul play, the army maintained that the late major general died of COVID-19 complications.

Michael Nnadi, a student of the Good Shepherd Major Seminary, Kaduna, was killed after spending three weeks in captivity.

He was abducted alongside three others when gunmen invaded the seminary located at Kakau along Kaduna-Abuja road in Chikun local government area of the state on January 9.

The others were reportedly released following the payment of an undisclosed ransom.

On February 2, Nnadi’s remains were lowered at the seminary amid tears and anguish.

In his homily, Matthew Kukah, Catholic bishop of Kaduna, didn’t spare words in his comments on insecurity in the country, but ended it with a message of hope.

“There is hope, my dear friends. Are we angry? Yes, we are. Are we sad? Of course, we are. Are we tempted to vengeance? Indeed, we are. Do we feel betrayed? You bet. Do we know what to do? Definitely. Do we know when to do it? Why not? Do we know how? Absolutely. Are we in a war? Yes. But what would Christ have us do? The only way He has pointed out to us is the non-violent way. It is the road less travelled, but it is the only way,” Kukah was quoted to have said.

Bayo Osinowo, a four-term member of the Lagos state assembly, never knew his journey into the senate would be short-lived.

He made the headlines after defeating Gbenga Ashafa, then an incumbent senator, in the 2019 primary election of the All Progressives Congress (APC) in Lagos east.

Osinowo, known as “Pepperito” in political circles, died ofan undisclosed ailment on June 15. He had been reportedly admitted at the hospital for weeks.

Until his death, Osinowo chaired the senate committee on commerce, industries and investment.

He started his political career as the youth chairman of the then Social Democratic Party (SDP) – the platform under which late Moshood Abiola, presumed winner of the 1993 presidential election, contested the annulled election.

Osinowo was the fourth senator who died in 2020.