Minister of Transport, Rotimi Amaechi, has been using a crutch in recent days.

Photos of the former Rivers State Governor walking with the mobility aid surfaced at the weekend.

The support tool with a crosspiece at the top is used by a person with an injury or disability.

A source told newsmen on Sunday night that there was no cause for alarm.

He disclosed that Amaechi picked an injury while jogging.

“The Minister is using a crutch because he was injured while jogging. He jogs a lot so he got injured.”

The source also repeated ‘pulse’ as the cause of Amaechi’s condition.

The popliteal pulse is mostly detected around the portion of the leg behind the knee.

During exercise, twitching can occur at arms, legs, and back because lactic acid accumulates in the muscles.

Experts call twitches caused by stress and anxiety “nervous tics.” However, any muscle in the body can be affected.

Asked if Amaechi was feeling better, the associate answered in the affirmative.

“Yes, he’s fine. I understand people’s concern but he is doing very well”, the source assured. 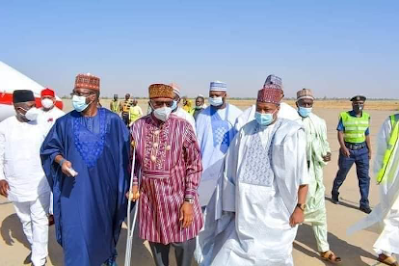 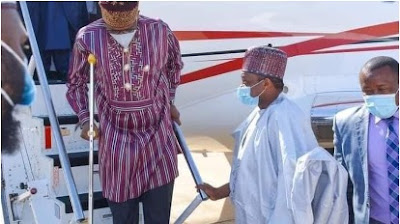