This week the European football is full of interesting matches, be it in the National Leagues, National Cups and even the National Supercups. And that brings bettors the chance to choose their favorite games and place their wagers.

Thinking about helping those who don’t like to make analyses, or just bet for fun, we prepared free betting tips for three matches of European football that will happen in the middle of this week. We even prepared some correct score betting tipsfor you.

Before we go on, don’t forget to check the author Kate Richardson, who helped to make these tips. You can see her profile here.

For the round of 16 of the Portuguese Cup, Braga will welcome Torreense this Wednesday. We expect it to be an interesting match and, even though we believe Braga will dominate the confrontation, we don’t see Torreense just defending themselves.

Braga have been having a good moment in the Portuguese League, being in the 4th position on the table with 27 points so far. In their last match, they were able to get a 2-1 victory over Maritimo, putting them just 4 points behind FC Porto and Benfica.

For the France Supercup, Paris Saint-Germain will welcome Olympique Marseille this Wednesday. The match, which will be played at the Trophee des Champions, in Lens, has everything to be pretty interesting, but we don’t believe in many goals.

The last match between both clubs happened in September 2020, for matchday 3 of the current French league. At the Parc des Princes, Andre Villas-Boas’ men were the ones who left with the three points after a simple 1-0 victory. The only goal of the match was scored by Thauvin.

However, PSG have improved since then and even changed their manager. Now, with Mauricio Pochettino ahead of the team, it is possible that things happen a little different from their League match. One downside from PSG is certainly the fact that they won’t count with Neymar for this match, one of the stars of the club.

As we already said, we don’t believe in many goals for this confrontation. That is why a good option is the under 2.5 goals market. This choice came because, in the last 2 matches of PSG, there were less than 2.5 goals, as well as in the last confrontations between both clubs.

Now with an England premier league prediction. Aston Villa will welcome Tottenham this Wednesday for matchday 18 of the English League. The match will be played at Villa Park, in Birmingham, and can be a little surprising.

The home side has been affected by the Covid-19 and, because of that, won’t count on 9 of their players. This problem came before their last match, from the FA Cup, where they had to face Liverpool with their U-23 team. However, they surprised and made a difficult first half for the Reds.

In the Premier League, Villa are in the 8th position, with 26 points. They have only 3 points less than the Spurs, who are currently in 4th place. A victory for the hosts could mean some positions in the League table.

However, Tottenham are a difficult opponent. Even though Jose Mourinho’s men don’t live their best moment so far, they still have a very good team and amazing players on their squad. And also they will probably count on all their main stars for this match, making it really troublesome for the home side.

Thinking about the problems that Aston Villa are facing at the moment and also the fact that the Spurs have won their last 5 matches played at Villa Park. We believe that the London club will leave the pitch with 3 points and the victory. However, if you wish to bet on something a little more interesting, we are betting that the correct score will be Villa 1-3 Tottenham.

Bet on: Tottenham to win 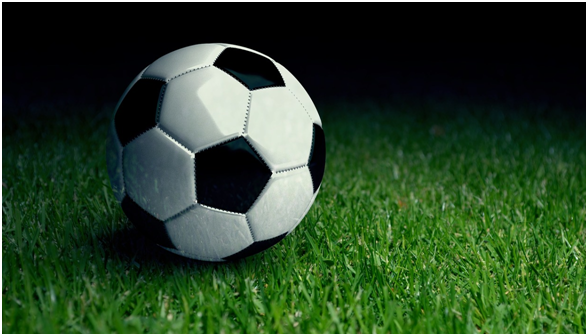 These were our free bets for these European football matches. If you want to choose just one market to bet on, choose the goal market. And for the confrontation between Aston Villa and Tottenham, we would be on over 2.5 goals.