The Lagos state judicial panel has awarded a total of N16,250,000 to four victims of police brutality.

Doris Okuwobi, chairperson of the panel, gave the ruling on Saturday.

The names of the petitioners are Tolulope Openiyi, Blessing Esanbor, Felicia Opara, and Tella Adesanya.

Tolulope, a widow, had approached the panel over the death of her husband, Olusegun Openiyi, whom she said was shot by one Jide Akintola, a police sergeant with the force number 32405.

The widow had told the panel that her husband, who worked for Celtel (now known as Airtel), was shot on his chest, while on his way back from an official outing at the University of Lagos in August 2007.

On her part, Esanbor had approached the panel to narrate how a police officer shot her on February 10, 2012, during an argument, adding that she sustained injuries, and had spent over N5 million in the hospital for treatment.

In his testimony, Adesanya said police officers seized his car while driving along LASU/Ibadan road in June 2018, after some persons accused him of hitting someone along Igando junction.

Adesanya said he spent three days in a police cell, after which he alleged that he paid N10,000 for bail, and his car was damaged at the station.

He added that he wrote letters to the police, office of the public defender, the National Human Rights Commission (NHRC) and the presidency, seeking justice, but nothing was done earlier.

In Opara’s account before the panel, she said some police officers assaulted her with guns after she was arrested for using her phone to record during the #EndSARS protest.

She was one of the ladies dragged to the Ojuelegba police station during the #EndSARS demonstrations, and her experience was captured in a video that went viral on social media at the time.

See photos of the other petitioners below. 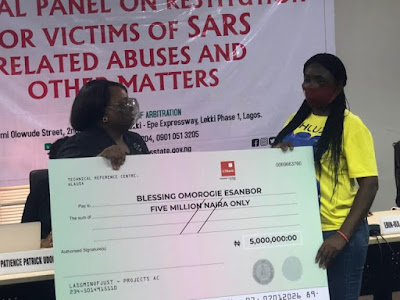 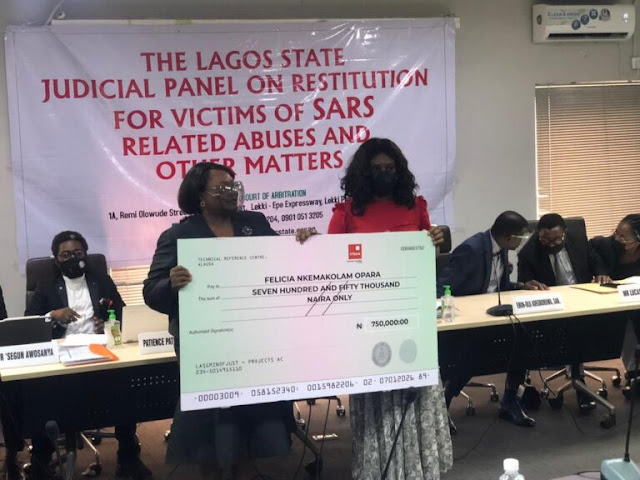 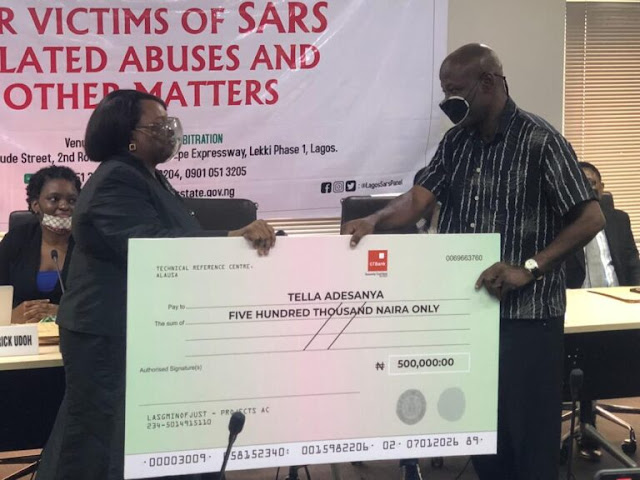