The Presidency on Monday confirmed an attack on the residence of Ibrahim Gambari, Chief of Staff to President Muhammadu Buhari.

Shehu said there was a ‘foolish’ attempt to burgle Gambari’s residence at 3am.

He, however said the attack was unsuccessful.

His tweet read; “ The Chief of Staff, Professor Ibrahim Gambari has confirmed that there “was a foolish attempt” to burgle his residence at 3:00am this morning but it turned out to be unsuccessful.” 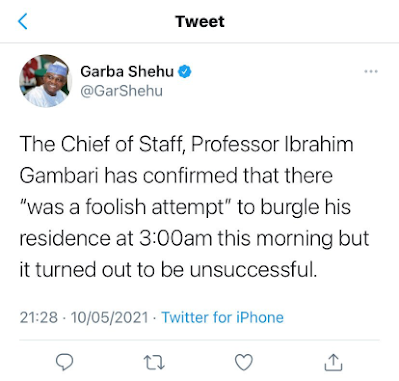