Welcome to another Legislative Day in the Abia State House of Assembly.

The Abia State House of Assembly commenced plenary after the adoption of Votes and Proceedings of Tuesday, 15th June, 2021.

He said there was an ongoing Ezeship tussle going on in Lokpa Ukwu Autonomous Community and prayed the House to intervene in the matter to avert the loss of lives and property in the area.

The Speaker referred the petitions to the House Committee on Local Government and Chieftaincy Affairs to look into the matters, make their findings and report back to the House on the next Legislative Day.

In a “Matter of Urgent Public Importance” on the Poor and Shoddy Operations of EEDC in Abia State” raised by the Speaker, Rt Hon Chinedum Enyinnaya Orji wherein he lamented that Abians are made to pay very high tariffs for power not supplied, he frowned at a situation where power equipment like transformers get faulty and it takes months, and in some cases, even years, to repair or replace such equipment thereby leaving the people in darkness and still expect them to pay.

The Speaker said a situation where he had personally provided several transformers to numerous communitues in his constituency but still charged sums way above the cost of the transformers for installation by operatives of EEDC, was worrying.

“My Distinguished Colleagues, beyond the atrocious activities earlier mentioned, you may wish to note that the already encumbered consumers are expected to contribute to repair or replace broken and faulty EEDC equipment and are left to grope in darkness for not effecting the repairs.

“Hon Colleagues, it is my considered opinion that urgent steps be taken to address this ugly situation in order to discontinue the relocation of small and medium scale enterprise clusters in our dear State to our sister States”, the Speaker said.

He therefore made the following Prayers:

1. That the House strongly Condemns the continuous use of Estimated Billing System for Abians contrary to what should be obtainable in the system

2. That the House do urge EEDC to commence the distribution of free prepaid metres to consumers in the State as directed by the Federal Government

3. That the House should as a matter of urgency consider and pass into Law H.A.B. 12: The Abia State Electric Power Authority and Power Stations Bill

4. That the State should look into alternative power supply for the State

5. That the House do urge EEDC to commence repairs and replacement of broken and faulty EEDC equipment

6. That the House do invite the Regional Manager of EEDC in its Executive Session for interaction with a view to finding a lasting solution to the menace.

It was resolved that the Clerk of the House invite executive officials of EEDC to a session with the House on the matter.

NOTICE OF PRESENTATION OF BILL.

A Bill for a Law to provide for the Appointment of the State Auditor General and the State Auditor-General for Local Governments sponsored by Hon Solomon Akpulonu, Majority Leader and Member representing Obingwa East State Constituency.

Accordingly, after passing through the necessary legislative processes, in a motion raised by the Majority Leader and seconded by the Minority Leader, H.A.B. 41 passed its First Reading.

ORDER OF THE DAY.

H.A.M. 15: Motion on the Need to Prohibit the Indiscriminate Use and Duplication of Government Number Plates in the State.

The sponsor of the Bill, Hon Kelechi Onuzuruike, explained to the House the importance of the motion.

He said the situation if not checked can lead to impersonation of officials of government in the State. “It is worrisome that official number plates assigned for use on my vehicle is being used by aides to erstwhile Honourable Members. In this critical period where the level of insecurity in the country has worsened, proper identification of persons and vehicles within the State should be of utmost importance to both the people and government of the state”, he said.

1. That the House do mandate the State Government to prohibit the indiscriminate use and duplication of government number plates in the State.

2. That the House do mandate the State Government through its relevant agencies to identify unauthorized users of government number plates with a view to retrieiving same from them.

3. That the House do mandate the Clerk in liaison with security operatives in the State to retrieve Abia State House of Assembly number plates from unauthorized users in the State.

After contributions from Rt Hon Chikwendu Kalu, Hon Stanley Nwabuisi, Rt Hon Kennedy Njoku, Hon Abraham Oba, the Speaker said the importance of the Motion cannot be over emphasized because it borders on security

“We as a House resolve and request the Executive through the Governor to direct his Special Adviser on Security to mop up all government number plates being used indiscriminately across the State”, the Speaker said.

The Speaker also said no private citizen is allowed to use the government authorized number plate, and that any government official on essential duty can get a passage letter from the Office of the Chief of Staff to the Governor.

Finally, the Speaker said the House do mandate the State government through relevant agencies to identify unauthorized users of government number plates with a view to retrieving them and prosecuting such persons.

H.A.B. 39: The Abia State Fund Management Bill, 2021.
A Bill for a Law to Establish Guidelines for the Management of Funds of the Abia State House of Assembly, sponsored by Hon Solomon Akpulonu.

Subsequently, in a motion moved by the Leader and seconded by the Minority Leader, the House dissolved into the Committee of the Whole to deliberate on H.A.B. 39 and H.A.B. 40.

After deliberations, contributions and amendments, the House reverted back to full plenary through a motion moved by the Majority Leader and seconded by the Minority Leader.

Reporting what transpired at the Committee of the Whole, the Speaker thanked the Honourable Members for their contributions, he urged them to thoroughly go through the contents of the proposed Bill so it can be fully sorted on the next Legislative Day.

Items number 5 and 6 on the Order Paper were deferred to be considered on the next Legislative Day.

The Minority Leader seconded the motion. 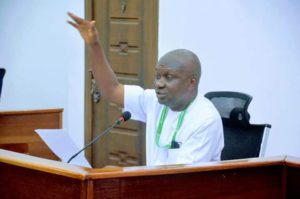 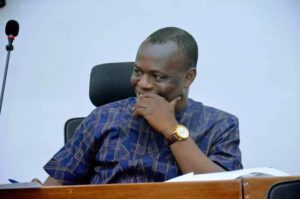 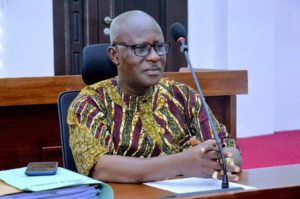 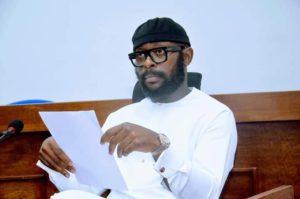 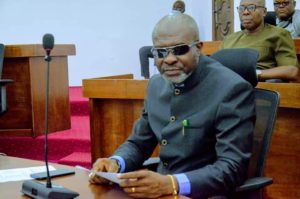 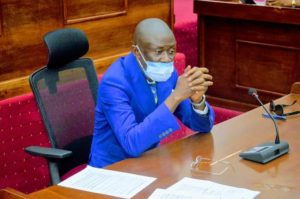 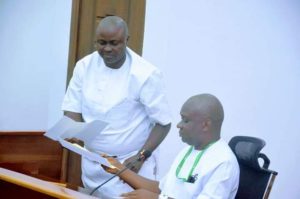 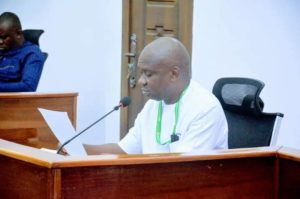 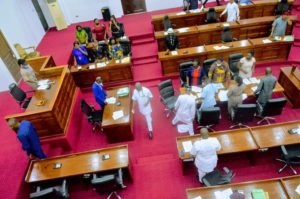 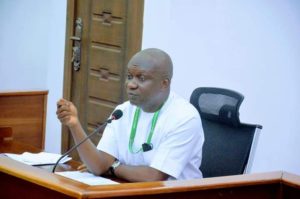 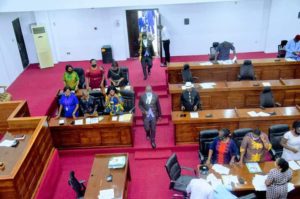