Speaker of Abia State House of Assembly, Rt Hon Chinedum Enyinnaya Orji has continued to attract accolades from all walks of life for his mini stadium projects across his constituency and beyond.

From Priests to Traditional Rulers; from international football stars to community leaders and from youth groups to sports analysts, the encomiums keep pouring in.

This time it is the nation’s leading sports supporters club, the Nigeria Football Supporters Club that has added its voice in commendation of the Speaker’s unrelenting incursion into youth development through provision of sporting facilities.

Speaking to newsmen on the development in Lagos over the weekend, the National Publicity Secretary of Nigeria Football Supporters Club (NFSC), Deacon Dominic Ehimare said the Abia Speaker’s “pragmatic entry into the development of grassroots sports is an eloquent testimony of a rare political will and love for the provision of the dividends of democracy with a bias for the youths in Abia State.

“The Nigeria Football Supporters Club has been following the Abia Speaker’s foray into the building of mini-stadiums as part of his constituency projects in several communities of Abia State. His vision of building the mini-stadiums is obviously anchored on his deliberate and radical efforts at the discovery and promotion of talented youths at the grassroots. He is certainly a quintessential lover of youths who will leave an uncommon gigantic footprints for sports enthusiasts in Abia in particular and Nigeria as a country in the nearest future.

“Should other political leaders in Nigeria emulate this feat at the grassroots level, in the nearest future Nigeria will become the bride of international football scouts to fish for the next generation of the Samuel Chukwuezes, the Kelechi Iheanachos and the Wilfred Ndidis”, he concluded.

While speaking about the projects at different fora, the Abia Speaker thanked the Governor, Dr Okezie Ikpeazu for his support to him in achieving the feats describing the relationship between the Executive and the Legislature in Abia State as cordial and one meant to continue to provide dividends of democracy to the people. 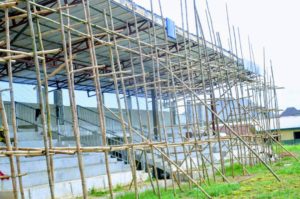 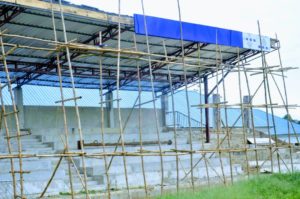 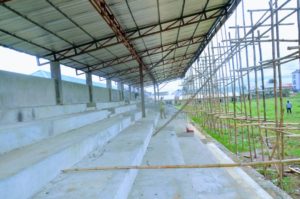 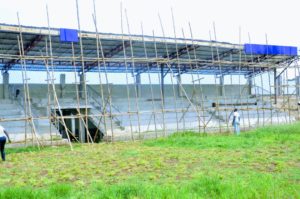