Recall that the Speaker had few weeks ago, while away from the State, issued condolence messages to the bereaved families expressing both shock and sadness at the demise of these great Abians.

Speaking at the home of Late Lady Victoria Aguiyi Ironsi who was the wife of Late Major General Johnson Thomas Umunnakwe Aguiyi Ironsi (rtd), Nigeria’s first Military Head of State, the Speaker described the deceased as a fulfilled woman who successfully completed her journey on earth before passing on to glory.

The Speaker further said he came personally to condole with the family because of the love and respect he has for the family which is by all standards a foremost family in Nigeria and beyond..

The Abia State Number One Lawmaker said what the late matriarch deserves now is a befitting burial, promising to show commitment and support in the times leading to and during the funeral ceremony proper.

Finally he prayed that God gives them the fortitude to bear the great loss.

Having concluded with the Ironsis, the Speaker proceeded to the home of Chief of Staff to the Governor of Abia State, Professor ACB Agbazuere who recently lost his dear wife to the cold hands of death few weeks ago.

Rt Hon Chinedum Enyinnaya Orji described the sudden death of Mrs Onyinyechi Agbazuere as a very painful one particularly for him because he knew her as a very respectful and humble woman who was a pillar behind her husband’s steady rise in life.

“I came to sympathise with you because the death of your beloved wife is really a sad one, but since it’s God’s wish to take her home at this time, we cannot question Him. While mourning your wife, also remember that your immediate family needs your love and attention most especially at this time. You need to be strong for them” the Speaker encouraged Prof Agbazuere in an emotion laden voice.

The Speaker prayed that God grant the deceased eternal rest and comfort the family in this their difficult time.

Responding, Prof ACB Agbazuere thanked the Speaker for reaching out to him and his family even through phone calls while he was away.

He said the numerous phone calls by the Speaker were a huge part of what made him stronger and prayed that God continue to bless him for identifying with his family in their grief.

From the Agbazueres, the Speaker headed to the home of Late Francis Uche Mpama, a former Commissioner for Sports in the State who also died recently.

Addressing the family, the Speaker said the death of Late Uche Mpama came as a rude shock to him, “but death is a mystery and a path every mortal must go through. Our earnest prayers should be that such untimely death be far away from us”, he said.

Turning to the widow, Mrs Ngozi Uche Mpama, the Speaker further consoled and advised her to do her best to keep the family together. “It will be a difficult time no doubt but you will have to ensure you keep your head so your immediate family will continue to be proud of you”.

While praying for the repose of the soul of Late Uche Mpama, Rt Hon Chinedum Enyinnaya Orji urged the relatioms of the deceased to pull together and support the immediate family and ensure that the children’s education are not adversely affected by the departure of their father. He promised to play his own role in assisting the family.

From the abode of the Mpamas, Rt Hon Chinedum Enyinnaya Orji visited the country home of Late Lady Adanma Okpara, wife of Late Michael Iheonukara Okpara, the Premier of Eastern Nigeria during the First Republic.

Speaking to Chief Uzodinma Okpara the first son of the deceased, the Speaker said, “Mama was a woman of immense dignity who till her death was also a symbol of virtue and all we owe her is a befitting burial”.

The Speaker thanked Chief Okpara for being consistent in keeping the legacies of his father intact up till now.

“We heard the exploits of your father, no leader will equal what your father did in the whole of South East. Thanks for keeping your father’s memories alive”, the Speaker extolled the former Premier’s son.

Finally, the Speaker consoled the bereaved family, prayed that God grants the deceased eternal rest, and give the family the fortitude to bear the huge loss. He promised to support the family and participate fully in the burial of the late matriarch.

Responding, Chief Uzodinma Okpara thanked the Speaker immensely for always identifying with the family. He said his mother lived a fulfilled life and deserved to be celebrated even in death.

Speaking earlier Dr Aham Uko, the Commissioner for Finance in the State, who is from the same community as the Okparas, also thanked the Speaker for coming to Ohuhu Land to commiserate with them over the loss of their mother. The ex-banker said the late matriarch lived an exemplary life and her memories will forever remain in their hearts.

The Speaker signed the condolence registers at the families he visited.

In his speech, the Speaker said the deceased was an upright man who stood for justice and fairness even till his death at 91 years.

“If you are a Leader, inspire your own by being there for them, show them love, support and commitment. Joshua is my brother and in-law who has done very well. I wasn’t around when you buried your father which was why I told you I must come and commiserate with you once I’m back; you have done well since your stay with me, hence, the reason I came to sympathise with you in person”, the Speaker said.

The Speaker condoled with the family and prayed that God gives them the fortitude to bear the irreparable loss. 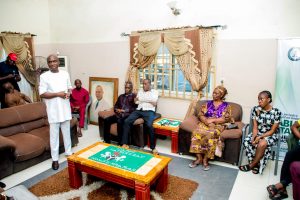 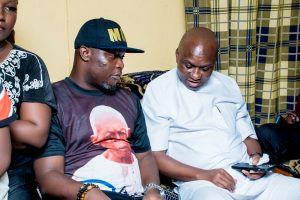 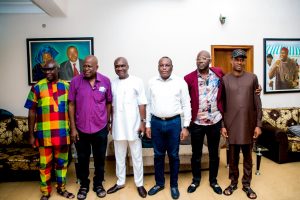 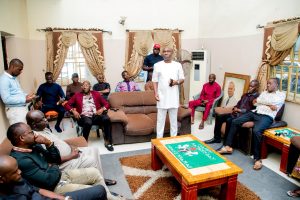 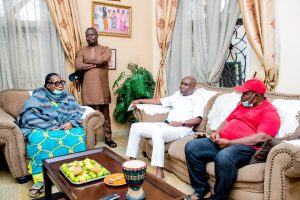 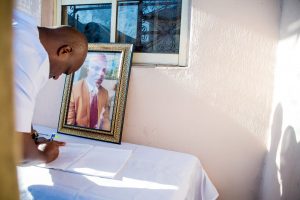 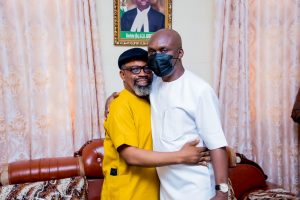 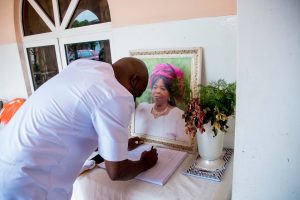 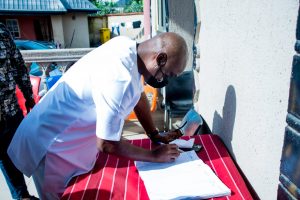 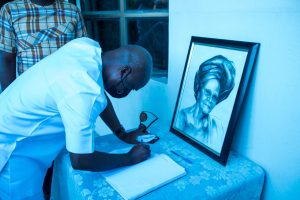