The Abia State House of Assembly commenced plenary after the adoption of Votes and Proceedings of Wednesday, 22nd September, 2021.

MESSAGES FROM THE GOVERNOR.

The Speaker read out a letter from the Governor dated Monday, 27th September, 2021, requesting the House to screen and confirm the recently announced Commissioner-nominees.

The Speaker read out the names of the commissioner-nominees and asked the Clerk of the House to inform them to make available necessary documents to the Office of the Clerk. The Speaker also directed the Clerk to relay a date when they will appear before an Ad-Hoc committee of the House before doing same in plenary for their screening.

The Speaker therefore constituted the ad-hoc committee to screen the commissioner nominees and nominated Chairmen and Members of the Abia State Civil & Local Service Commissions as follows:

The Speaker also read a letter from Rt Hon Prince Christopher O. Enweremadu inviting the House to the burial of his father, His Eminence Eze Dr Bernard Enweremadu, Eze Ukwu Ngwa on 17th December, 2021, at the country home of the late monarch.

Rt Hon Engr Chinedum Enyinnaya Orji also read out a letter inviting the House to the burial of Late Eze Johnson Nwagwu, a former Deputy Speaker of the Abia State House of Assembly.

The burial is slated to hold on 22nd October, 2021 at Ihie, Ugwanagbo Local Government Area of Abia State. The letter also requested the House to hold a valedictory session for the late former Lawmaker.

The petitioner pleaded with the House to treat the issue as a matter of urgency.

Items H.A.B. 43: The Abia State Registration of Industries and Operational Permit and H.A.B. 45 : The Abia State Debt Management Office Bill sponsored by Hon Solomon Akpulonu, the Majority Leader, were deferred to be considered on another Legislative Day.

Presentation of the report of the House Committee on Public Accounts, Anti Corruption and Due Process on the petition titled “Embezzlement of Funds Earmarked for the Establishment of the Abia State Micro Finance Bank” by the State Committee on Small and Medium Scale Enterprises.

Sequel to the oral and documentary submissions made by the representatives of the State Committee on Small and Medium Scale Enterprises (SMEs), the Committee made the following Findings/Observations:

1. That the composition of the State Committee on SMEs include the following amongst others:

i. The then Secretary to the State Government (Dr. Eme Okoro)

ii. The then Commissioner, Ministry of SMEs (Barr. Gab. Igboko)

iii. The Special Adviser to the Governor on SMEs (Mr. Chinenye Nwogu)

iv. The Director of Finance, Ministry of SMEs

2. That the State Committee on SMEs was constituted in 2018 with the Mandates which included acquiring Multi-tier License for the establishment of Abia Microfinance Banks in all the 17 Local Government Areas of the State in order to provide support to Small and Medium Scale Enterprises across the State.

3. That the State Committee on SMEs received the sum of N200m from Keystone Bank as loan as approved by the State Government to establish a Multi-tier Micro Finance Bank for the State so as to attract Funds from the Central Bank of Nigeria for SMEs oriented progrommes for the State.

4. That part of the Two Hundred Million Naira (N200m) has been spent on the following subheads as submitted by the Committee on SME Microfinance Bank:

Rehabilitation/Renovation of the bank buiilding and banking hall and the One Stop Shop in Umuahia – N7,711,000.00

5. That the remaining Ninety Two Million, One Hundred and Ninety Seven Thousand Naira (N92,197,000.00) is still intact in the Committee’s Account domiciled with Keystone Bank, Umuahia as stated by the SME Committee.

6. That a representative of the State Committee on Small and Medium Scale Enterprises (SMEs) and its Director of Finance made oral submissions and later submitted documents to the committee to prove the above expenditures.

The Committee having painstakingly analyzed the above findings/ observations do hereby recommend as follows:

1. That the House do mandate the State Committee on SMEs to, without further delay, address all the bottlenecks surrounding the transfer of the ownership of the acquired Micro Finance Bank to the State Government in order to ensure that the Bank is put into the rightful purpose for which it was acquired by the State.

2. That the House should commend the laudable vision and efforts of the Governor, Dr Okezie Victor Ikpeazu, in establishing the Micro Finance Banks in the three 3 Senatorial Districts of the State in order to provide financial support and soft loan facilities to Small and Medium Scale Enterprises across the State.

3. That the Permanent Secretary, Ministry of SMEs be included as a member of the State Committee on SMEs in order to ensure proper cohesion between the Ministry and the Committee.

4. That the Post of the Accountant of the State Committee on SMES should be domiciled in the Ministry of SMEs in such a way that every Director of Finance of the Ministry occupies the position.

Having read the report, Chairman of the House Committee on Pubkic Acciunts, Anti Corruption and Due Process, Hon Jerry Uzosike, thanked the Speaker and Members of the House for the cooperation they received while their work lasted.

Other items on the Order were deferred to be considered on another Legislative Day. 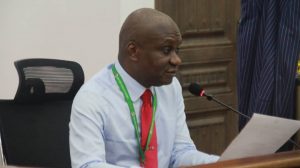 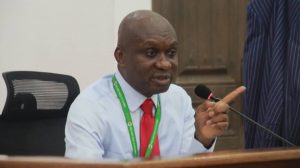 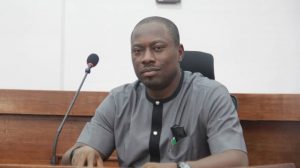 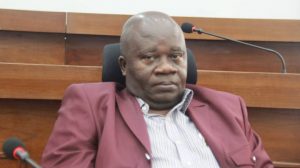 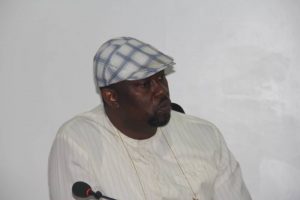 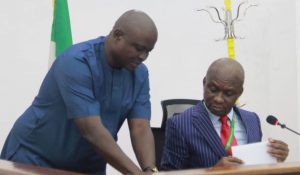 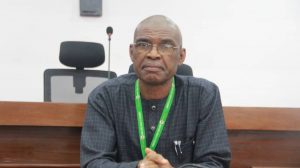 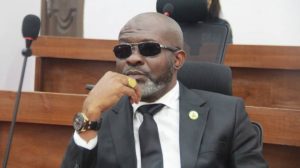 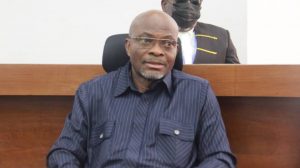 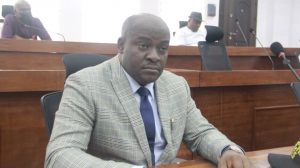 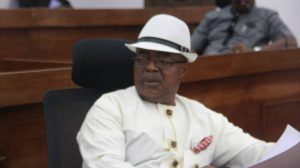 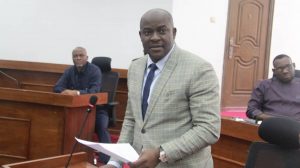 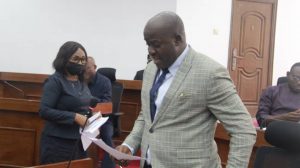 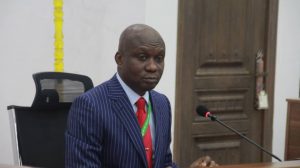 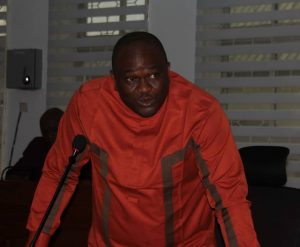 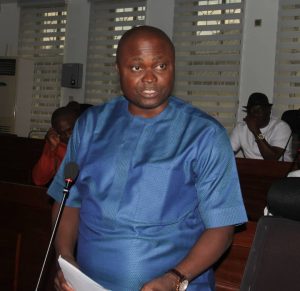 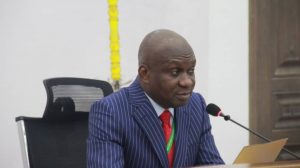 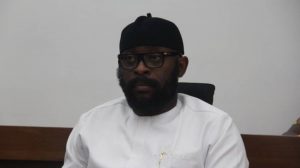 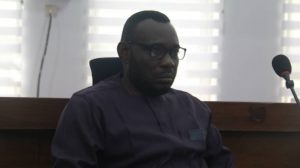 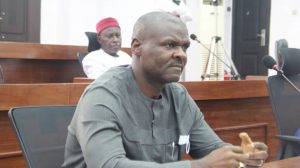 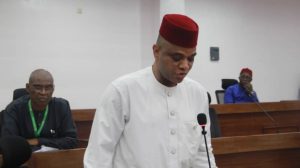