The Member representing Ikwuano State Constituency at the Abia State House of Assembly, Hon Stanley Nwabuisi earlier today in the presence of other members of the Assembly handed over the Champion Newspapers Most Outstanding Speaker Of The Year Award to Rt Hon Engr Chinedum Enyinnaya Orji.

The Speaker said he was overwhelmed by the numerous well deserved recognitions coming from different quarters especially those from outside the state, saying it was a clear indication that the 7th Abia State House of Assembly has made tremendous impact since inception.

While dedicating the award to his colleagues, the Speaker said the House under his watch will not rest on its laurels but will continue to deliver on its legislative mandates for the people.

Recall that the Speaker emerged Champion Newspapers’ MOST OUTSTANDING SPEAKER OF THE YEAR 2021 with Hon Stanley Nwabuisi representing him at the epoch making event that held on Friday, 3rd June, 2022 at the prestigious Eko Hotels and Suites, Victoria Island, Lagos. 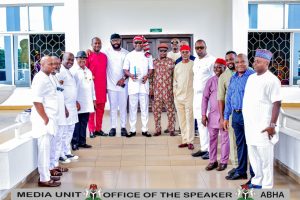 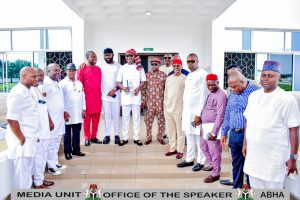 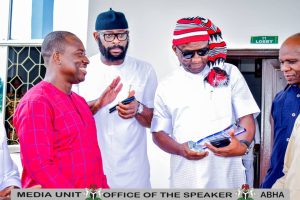 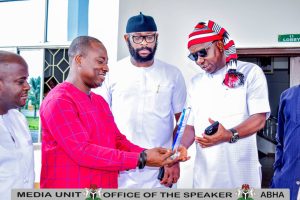 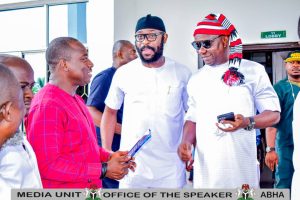 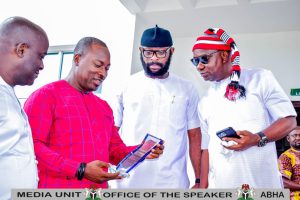