The Abia State House of Assembly commenced plenary after the adoption of Votes and Proceedings of Tuesday, 14th June, 2022.

The Member representing Aba South State Constituency, Hon Obinna Ichita brought up a Matter of Urgent Public Importance to the House decrying the unfortunate and pitiful condition of the state’s health system

Hon Ichita said it is worrisome that health workers in the state are being owed backlog of salaries with many health centres in the state dysfunctional and the highest point of the problem is the loss of accreditation for the College of Medicine, Abia State University Uturu (ABSU).

He said it was exceptionally urgent that the House looked into what he described the already decayed health system of the State.

Hon Obinna Ichita prayed that the House invites in plenary the following persons to explain to the House why the situation is like that and find possible ways out of the situation:

a. Commissioner for Health

The Speaker therefore adopted the prayers of Hon Obinna Ichita and said the House was extending invitations to the following persons:

b. The state Commissioner for Health

The invited persons are to appear before the House in plenary on Wednesdays, 22nd June, 2022 by 12 noon.

In a motion moved by Hon Emeka Okoroafor which was seconded by Hon Obinna Ichita, the Speaker allowed him to present his matter.

Hon Okoroafor said sometime in August last year, the Governor of the State in exercise of his powers dissolved the board of Abia State Oil Producing Areas Development Commission (ASOPADEC) and appointed a Sole Administrator to head the commission.

He said according to the provision of the Law that established commission, the tenure of the Sole Administrator appointed by the Governor should only last for 3 months.

He further said that the Sole Administrator has illegally and unlawfully occupied the position.

b. That the Governor as a matter of urgency, constitute a new board

After contributions from Rt Hon Chikwendu Kalu and Hon Munachim Alozie, the Speaker said the House was constituting an Ad Hoc Committee to look into the activities of the Sole Administrator since the expiration of his tenure.

Members of the Adhoc Committee are as follows:

The Speaker said the constituted members should turn in their report before Wednesday, 22nd June, 2022.

Hon Solomon Akpulonu, Majority Leader of the House therefore moved that plenary be adjourned to another Legislative Day. 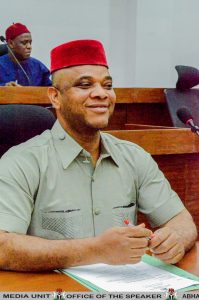 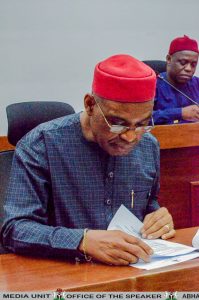 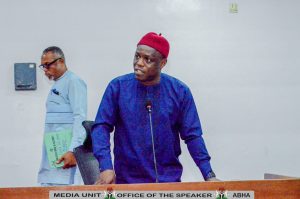 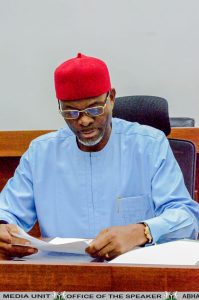 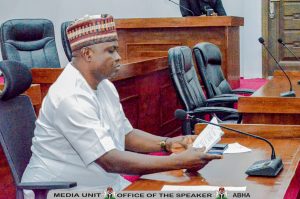 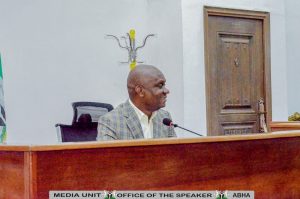 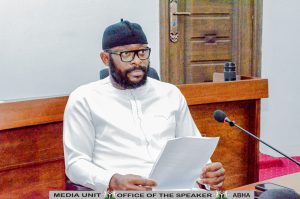 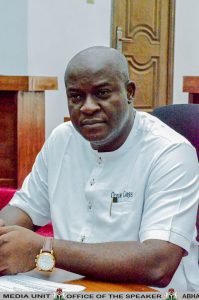