The Abia State House of Assembly commenced plenary after the adoption of Votes and Proceedings of Wednesday, 15th February, 2022.

Hon Munachim Alozie, Member representing Ugwunagbo State Constituency thanked the Speaker and colleagues for their support and cooperation while he held sway as the Chief Whip of the House. He said his resignation as a Principal Officer of the House was because he has left the Peoples Democratic Party for a new party.

Finally, he urged his colleagues to join hands together irrespective of party affiliation so they can take the State to greater heights.

A Bill for a Law to Provide for the Conversion of Abia State College of Education Techincal, Arochukwu, to Abia State University of Technology and Education, Arochukwu (ABUTEA) sponsored by Mike Onyekwere Ukoha, Member representing Arochukwu State Constituency.

A Bill for a Law to provide for the Conversion of the Abia State Polytechnic, Aba, to University of Aba sponsored by the Majority Leader, Hon Solomon Akpulonu, was deferred to be considered on another Legislative Day.

The sponsor of the Bill, Hon Nkoro led the debate and after contributions from other House members, the Speaker committed the Bill to the Committee of the Whole for future legislative action.

Presentation of the Report of the House Committee on ASOPADEC and Petroleum Matters on the Petition titled “Alleged Continuous Marginalization of Umuorie Asa – Isimiri Autonomous Community in Ukwa West Local Government Area by Abia State Government”.

The Committee commenced action immediately by inviting the underlisted persons:

c. The Youth Leader and other Stakeholders of the community

a. That the community views the insensitivity of the Government towards her as a marginalization

b. That since the establishment of Abia State Oil Producing Areas Development Commission (ASOPADEC) the Umuorie, Asa-Isimiri Autonomous Community has not received any appointment into the commission either as chairman or member, despite the fact that it is one of the largest Oil Producing communities in Ukwa West Local Government Area of Abia State contrary to the provisions of section 4 (1a) of the ASOPADEC Amendment Law, 2017

c. That no youth of Umuorie Asa – Isimiri has been employed into the Abia State Oil Producing Area Development Commission (ASOPADEC)

Having critically analyzed the above findings, the committee recommended as follows:

a. That the Abia State Governor, His Excellency, Dr. Victor Okezie Ikpeazu should consider the plight of Umuorie Asa Isimiri and appoint a member of the community into Abia State Oil Producing Areas Development Commission (ASOPADEC) in the subsequent reconstitution of the commission.

b. That the youths of Umuorie Asa-Isimiri Autonomous community should be given employment in the commission like other oil producing communities in Ukwa West Local Government Area of Abia State.

c. That Umuorie is the second largest oil producing community in Ukwa West Local Government Area in particular and Abia State in general and should therefore be recognized in that capacity in accordance with the Abia State Oil Producing Areas Development Commission (Amendment No. 3) Law of 2017 which provides for a Statutory Permanent Commissioner Seat in the Commission.

The Speaker thanked the Committee members for a thorough investigation and subsequent recommendations. He therefore committed the report to the Committee of the Whole for future legislative consideration. 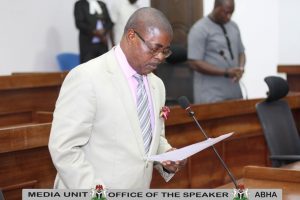 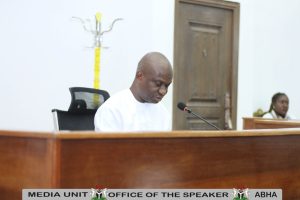 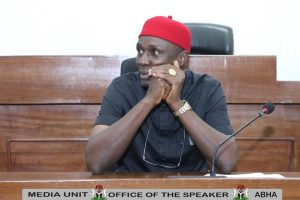 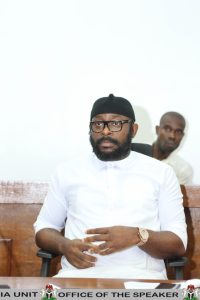 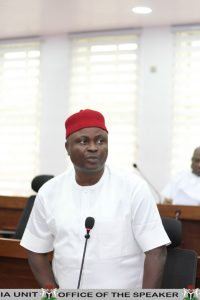 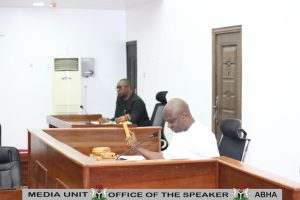