The 7th Abia State House of Assembly led by Rt Hon Chinedum Enyinnaya Orji has been commended by the National Assembly for its speedy, timely and “successful consideration and approval of the Constitution Amendment Bills”.

The commendation came in a statement signed by the Deputy President of the Senate, Senator Ovie Omo-Agege, and the Deputy Speaker of the Federal House of Representatives, Rt Hon Idriss Wase, Chairman and Co-Chairman of the 9th Senate and House of Representatives Special Ad-Hoc Committee on the Review of the Constitution of the Federal Republic of Nigeria.

Recall that the Abia State House of Assembly had on Wednesday June 8, in response to the clamour of Nigerians who had sought the Amendment of the Nigerian Constitution to provide a solid footing for the deepening of democracy, rule of law and good governance in the country, considered and approved the 5th Alteration of the 1999 Constitution thereby becoming the first State House of Assembly to do so in the entire federation.

While reacting to the development, the Speaker of Abia State House of Assembly, Rt Hon Chinedum Enyinnaya Orji MNSE attributed the many feats being recorded by the Assembly to the doggedness, dedication, sacrifice and commitment of his colleagues to using legislative instruments to deepen democracy, promote good governance, create an ambience of peace and political stability for the growth and development of Abia State and Nigeria where necessary as in the case of the Constitution Amendment.

Also recall that the Presidency had celebrated the Abia State House of Assembly in March 2021 for being the first and only State Legislature till date to pass the Diasporan Commission Law which provides a legal framework for motivating Abians in Diaspora to think home by investing in her, protect their investments and support them even in their places of abode while abroad, among other provisions. 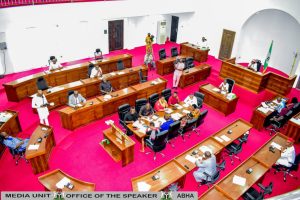 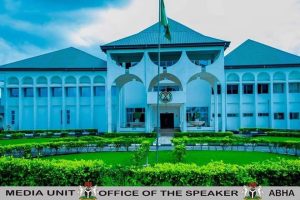 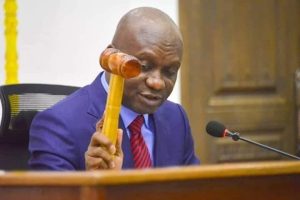