The Speaker was a Special Guest of Honour at the Thanksgiving Mass and Fundraising programme held by the parish.

In his speech, the Speaker said he was delighted to be in the church and congratulated the Parish Priest, Rev Fr Henry Nwamaduka and his team for remaining resolute to the task of completing the church building project.

Rt Hon Chinedum Enyinnaya Orji urged the congregation to join hands together and help the church to build a befitting parish for the Lord.

Recalling that he had earlier donated to the same project while it was in its earlier stage, the Speaker further made a pledge which the parish priest later described in his response as “a handsome donation” to support the building project and to procure pews for the church. 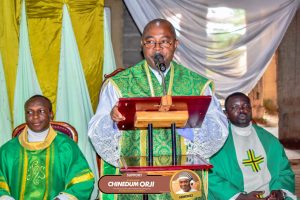 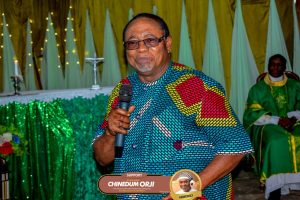 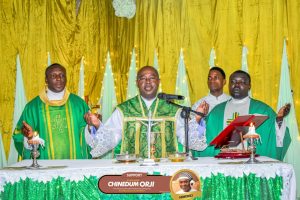 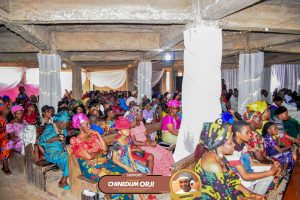 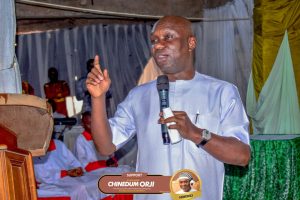 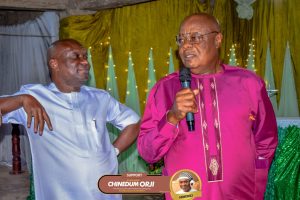 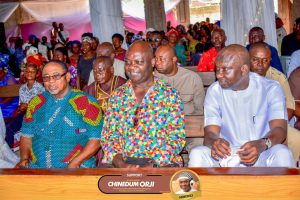 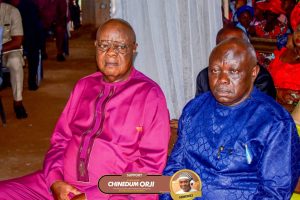 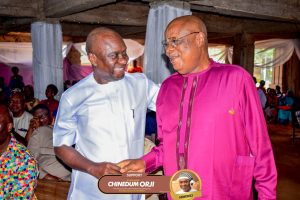