Led by the Senior Special Assistant to the Governor on Students Matters, Comrade Chibuzo Ndom , the Students Leaders came with a simple but strong message for the Governor namely, that as the build up to the 2023 elections hots up, the Students Union Community in the State are solidly behind the Governor and his party, the PDP in Abia State.

Governor Okezie Ikpeazu thanked the students for their sense of judgement and assured them that his administration will continue to mainstream issues surrounding the welfare of students in the State. He advised them not to make themselves available for politicians whose sole intentions are to use them as. Election Human Shields only to abandon them thereafter. He specifically advised students of the Michael Okpara University of Agriculture Umudike against any plan to block the Umuahia Ikot Ekpene highway as part of the anti ASUU strike demonstration. He also used the opportunity to appeal to the Federal Government and ASUU to consider the plight of the students and resolve the strike.

According to the Students Leaders in their various speeches, the Governor has stood by them long before now and it is now time to repay the solidarity. In their words, they are not available for the use of emergency lovers of the welfare of students who appear on the scene just because of elections. 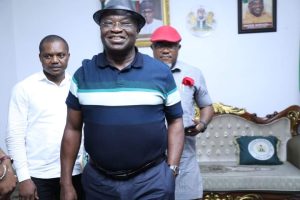 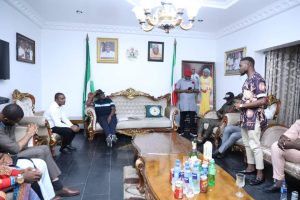