Speaking during the funeral at the All Saints Cathedral Church, Abayi-Umuocham, Governor Okezie Ikpeazu described the late woman as a true example of a vrtuous woman, adding that her influence made her children to be successful in all their endeavours.

Governor Ikpeazu while also describing death as inevitable for all mortals, said that the death of the deceased marks the closure of the chapter of the Nwachukwu family matriarch and urged the children to ensure the vacuum created is filled.
He encouraged the family to keep the memories of their parents alive by upholding the sterling legacies of their parents as well as make godliness their watchword and prayed God to grant the deceased a peaceful repose.

In a tribute, the first son of the deceased, Chief Kenneth Nwachukwu said their mother was a great mother to them, their relations and neighbours and was devout Christian and committed community leader. He described her as a role model, kind teacher, care giver and pillar of support, who lived a fulfilled life while thanking the Governor and all who came to identify with them in their moment of grief.

Earlier in a sermon, the Cathedral Administrator, All Saints Anglican Church, Ven Dr. Ben Nwokedi charged people to turn away from sin and live a life of righteousness with contentment, adding that people should not motgage their lives for earthly wealth. He reminded them to pursue things that have eternal value, knowing that this world is not their home and called on all to reconcile with God now that he is alive as everyone who is alive is responsible for his life on Earth. 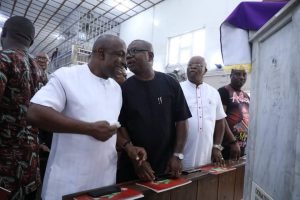 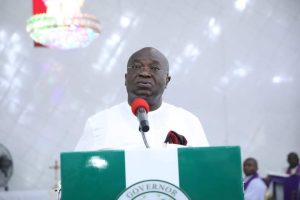 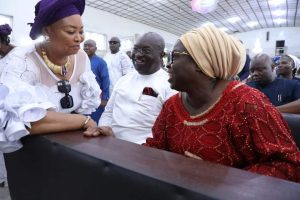 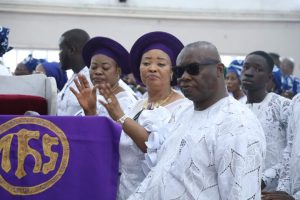 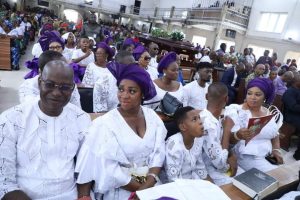 My Deputy Governor remains my ally and partner in Politics and beyond,Says Ikpeazu