The Speaker of Abia State House of Assembly and the PDP flagbearer for Ikwuano/Umuahia Federal Constituency at the 2023 general elections, Rt Hon Chinedum Enyinnaya Orji MNSE has been bestowed with “First/Top Performance Recognition on LG Autonomy” by the National Union of Local Government Employees (NULGE), Abia State Chapter.

The ceremony which was attended by national officers of NULGE including the President, Comrade Akeem Ambali Olatunji, also included the commissioning of the Union’s new secretariat.

While presenting the award to the Speaker, Comrade Olatunji commended Rt Hon Chinedum Enyinnaya Orji for the uncommon courage he displayed in seeing to the passage of the Law for the Administrative and Financial Autonomy of Local Governments in the State, saying the Law has given local government employees in Abia a renewed sense of hope for a better future. The NULGE Chief further stated that the entire NULGE family is happy with the Speaker and the entire members of the 7th Abia State House of Assembly for giving the welfare of local government workers legislative priority declaring that it was the reason the Body nominated him for the award as “Mr Autonomy”.

In his response, the Speaker thanked NULGE for finding him worthy of the award saying that the Assembly he leads is committed to the advancement of humanity on all fronts. He recalled that it was the same principle that inspired him to sponsor the Bill on Female Persons Right of Inheritance of Property otherwise known as the Female Rights Law and saw it through the rigours of legislative processes until it was passed into Law and assented to by the Governor. He stated that it was the same thing with “The Abia State Commission for Disabled Persons Law, otherwise known as “Disability Law” which the Assembly passed in August, saying that the 7th Abia State House of Assembly under his leadership will continue to pursue the interests of the people above every other consideration.

Also presented an Award at the event is a former Governor of the State and Senator representing Abia Central, Senator T.A. Orji (Ochendo Global). He was presented with “Paramount  Achievement/Outstanding Leadership Award”. 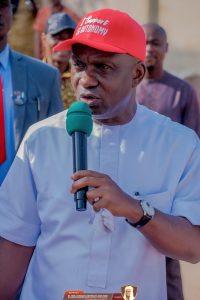 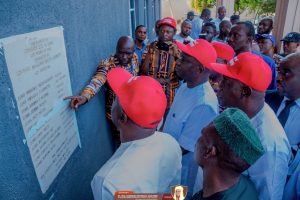 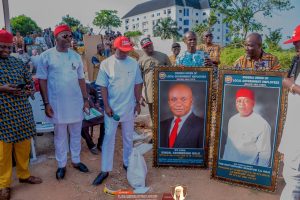 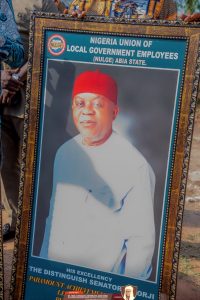 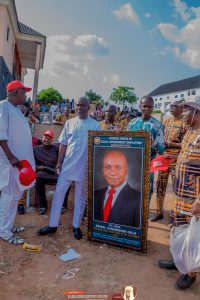