The Governor of Abia State Dr Okezie Victor Ikpeazu says his expectation is to conduct another Local Government polls before he leaves office in May this year.

The Governor made the disclosure while inaugurating new Commissioners for the Abia State Independent Electoral Commission (ABSIEC) at the Exco Chambers, Government House, Umuahia. He has therefore charged the Chairman and Commissioners to come up with proposals for the conduct of the last local Government election within the tenure of his administration.

According to him, Prof. Nkpa Agu Nkpa’s tenure as Chairman is subsisting and Mr. Onyekachi Dinneya is the Secretary of the commission and charged the commission. to start functioning immediately.

The Governor, who appreciated the Prof. Nkpa led ABSIEC for conducting two succesful LG elections under his first tenure as ABSIEC Chairman, congratulated them on their appointments.

Responding on behalf of the newly inaugurated ABSIEC Commissioners, the ABSIEC Chairman, Prof. Nkpa Agu Nkpa and the Secretary of the Commission, Mr. Onyekachi Dinneya thanked the Governor for the team selected to strengthen the ABSIEC and assured they would work more assiduously and make the Governor and the State proud. 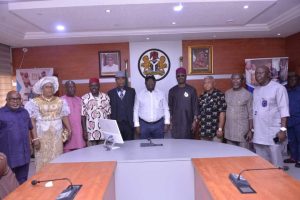 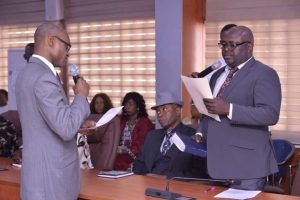 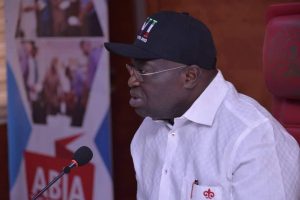