Igbo Watch
Home SOUTH EAST There will be a difference in the relationship between the Federal Government... Governor Okezie Ikpeazu has assured that there would be a difference in the relationship between the Federal Government and Abia South, if elected the next Senator for Abia South senatorial District.

Governor Ikpeazu was speaking while addressing party supporters during the flag off of his Senatorial Campaign in Aba North LGA held at the Boys Technical College,Aba.

He promised to push for the interest of traders in Aba as well as mainstream women and youths, pointing out that his movement to the National Assembly will boost trade and commerce.

The Governor said he is proud of the modest achievements recorded by his Government, recalling the bad state of roads in the area in the past.

The Governor said his happy that his administration has changed the narratives in infrastructure, noting that Roads like Osusu,Omuma, Eziukwu are now wearing new looks and assured that Faulks and Ulasi roads will wear a new look in the next few weeks.

He thanked Aba North people for their support and urged them to vote massively for the PDP in the forthcoming general elections.

The Chairman, PDP Campaign Council Aba North, Frank Nnanna and Chief Victor Ubani said OVI has done so much for them and that they will pay him back through their support.

Speaking on behalf of Women of Aba North, the Education Secretary Aba North LGA, Mrs Gladys Nwamuo said Governor Okezie Ikpeazu has made them proud in governance and should be promoted to the Senate to attract federal presence that has eluded the Senatorial District for many years. 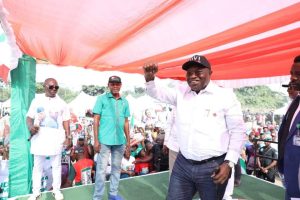 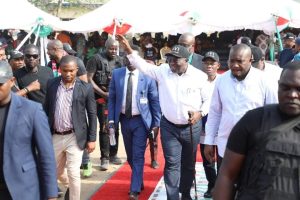 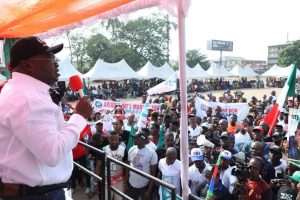 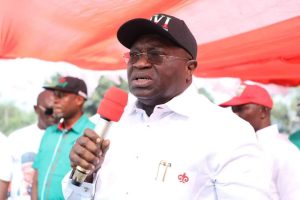