Governor Okezie Ikpeazu today presented a big bus to the students of the Abia State College of Health Sciences and Management Technology Aba.

Making the presentation today, Governor Okezie Ikpeazu said that the vehicle became very necessary owing to the impending relocation of the College to her permanent site at Umuobiakwa, Obingwa LGA. According to the Governor, there is need for some academic and administrative work to commence at the new site making the bus very imperative.

The Governor reiterated his commitment to the growth of the College also announced that the sum of 100 Million Naira had just been released to the contractor handling the Permanent Site project to accelerate work at the site.
The Governor, who was represented by a Member of the Governing Council of the College, Mr Osondu Nwaigwe, charged them to put the vehicle to good use and ensure proper maintenance.

Receiving the vehicle on behalf of the College Management, the Registrar of the College, Elder Barth Ibendiogwu thanked the Governor for the donation which he said will go a long way to boosting the morale of the College Community, especially the students.

He thanked the Governor, who once served as the Chairman of the Governing Council of the College years ago, for ensuring prompt payment of salaries to the staff of the College, adding that they had long received their salary for December 2022. 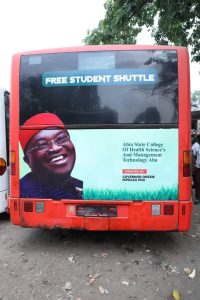 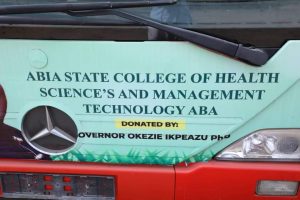 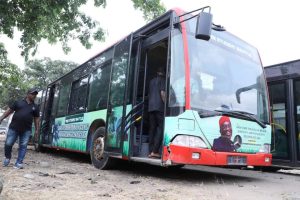 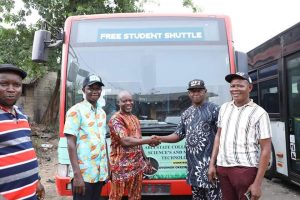