Governor Okezie Ikpeazu says that the total victory of the PDP in the forthcoming general elections will bring about greater development in all sections of the state.

Governor Ikpeazu who was addressing traders of Ariaria International Market, Aba during a Special Prayer Session organised by the traders to rededicate and usher them to the new year, thanked the traders for upholding his administration in prayers which has accounted for the existing peace witnessed in the state.

He urged the people to vote in candidates of the PDP in the coming elections.

The Governor who described all PDP Candidates for the coming elections as tested and trusted said they have the wellbeing of the masses at heart.

Governor Ikpeazu assured that he will offer effective and quality representation for the people of Abia South senatorial District, adding that the essence of governance is to affect the lives of the masses positively.

The Governor while commending the contractor handling the remodeling of “A” Line Ariaria for the quality job done, stressed the need for the contractor to speed up the project to enable him Commission the Project before leaving office.

He noted that his administration is at present reconstructing the failed portion of faulks road from Brass Junction to Portharcourt Express road.

They also lauded the Governor for the reconstruction of Faulks road to Portharcourt Express Way which is a major gateway to the market and assured that they will give the needed support to him to represent the people of Abia South Senatorial District.

Earlier in his word, Rev’d Dr Ogboso Ejindu of the Assemblies of God Church, said that Governor Okezie Ikpeazu has silenced his critics through his stewardship in various sectors of the state economy and urged the traders to rely solely in God on their daily dealings.

Governor Okezie Ikpeazu had on arrival earlier inspected progress of work at the ongoing remodeling of ‘A line’ Ariaria International Market while the Special Prayer Session was attended by a former Deputy Governor, Rt Hon Eric Acho Nwakanma, the Member representing Aba North and South Federal Constituency, Hon. Chimaobi Ebisike , and other candidates of the PDP in the Aba area , Commissioner for Trade and Investment, Chief John Okiyi Kalu amongst other stakeholders. 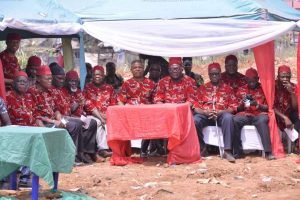 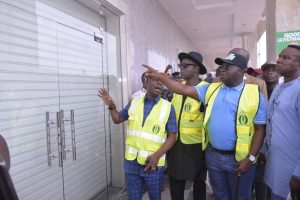 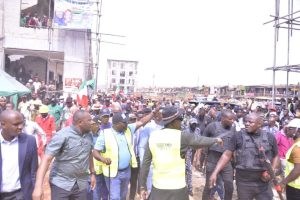 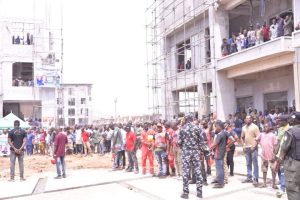 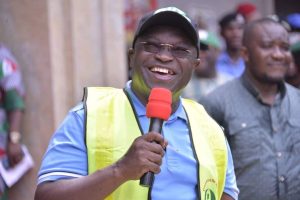 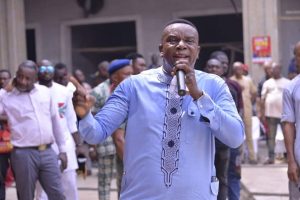